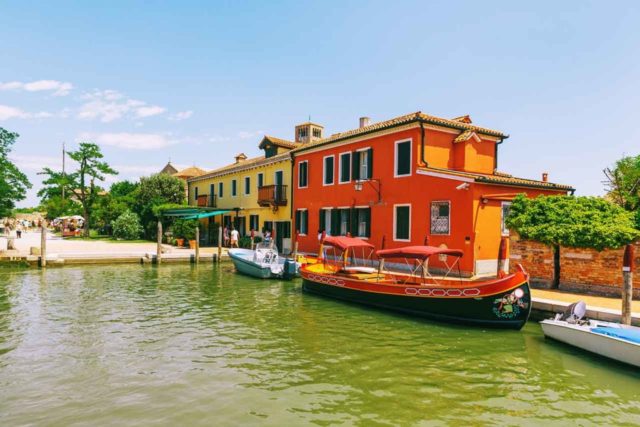 Visit the island of Torcello | Venice is a city of romance, palaces, bridges, canals and a long history. The tiny island Torcello is a touristy part of the northern lagoon, where the tides don’t have much of an impact anymore.

This is not only known to the few locals, but also to the numerous tourists visiting the island year-on-year. When it comes to the ranking for the best island resort, the island hardly stands a chance against Venice. However, it is still well worth a visit.

Where is the island of Torcello located?

The islands Burano and Mazzorbo are only 150 metres distant. Torcello is only being separated in location from them by the “Canale di Burano”. Therefore, it is a short way onto the isle measuring solely 44,17 hectares, which would correspond to a size of exactly 441.699 square metres, in which only 14 permanent residents live outside of the tourist season.

✓ The island also offers a nice view, since it merely measures 2 metres in height.

How to get to Torcello?

The only way to reach Torcello is on water, either through taking the public water transport or in the framework of an advisable round trip, that also includes stops in Murano and Burano. Further recommendations appear later in the text. 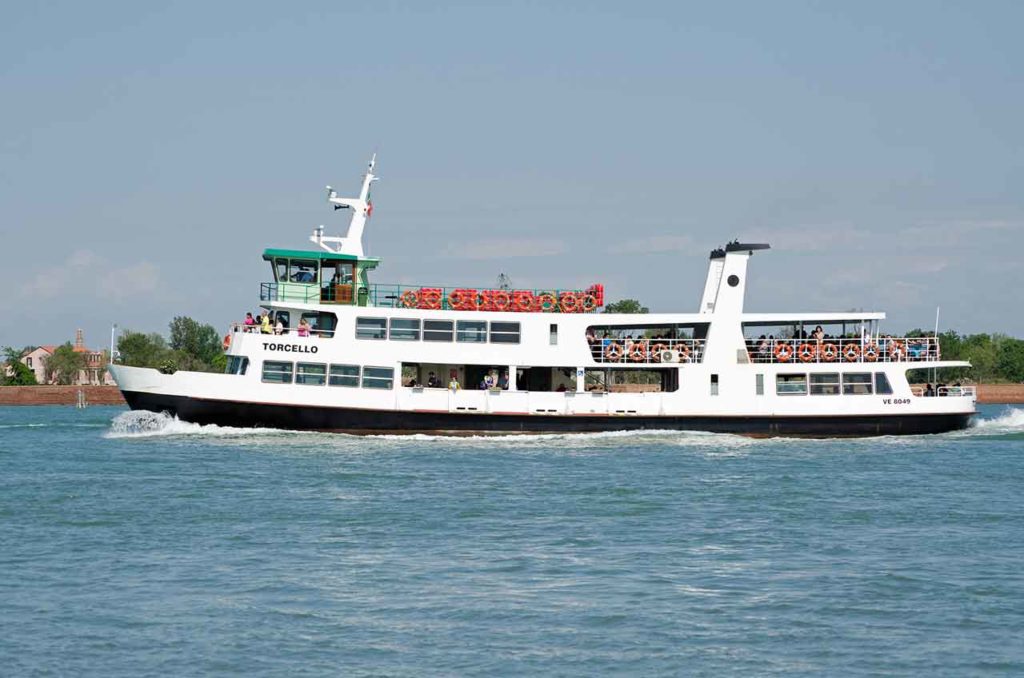 Whoever wants to explore Torcello on their own, will take the Vaporetto Line 12, departure at Fondamente Nuove A in the northern part of the lagoon city. Buses will be departing about every 30 minutes from 10.00 to 19.30. Line 12 mainly serves the routes to the popular isles of the lagoon of Venice, such as Murano, Burano and Torcello.

The journey from the ferry terminal Nuove A in Venice to Torcello will approximately take 45 minutes. If you want to find out more about the named islands, there are plenty of other information in my separate article about the worth seeing isles of Murano and Burano, including more info about the approaches.

Travelling by water bus, Vaparettos is quite pricy. Single tickets for a maximum of 75 minutes can start at 7,50€. It is advisable to rather buy day tickets for either 24, 48 or 72 hours, which will be valid from the moment of use onwards. This is way more convenient, as it is valid for the whole of Venice and also allows you to pay a visit to Lido di Venezia.

Buying the Venice city pass also pays. Purchase of a 3-day pass will allow you to participate in as many water journeys as you like and also grants you access to the must-see attraction of the Doge’s palace as well as free entry to various, interesting church buildings.

The tourist magnet has its own history 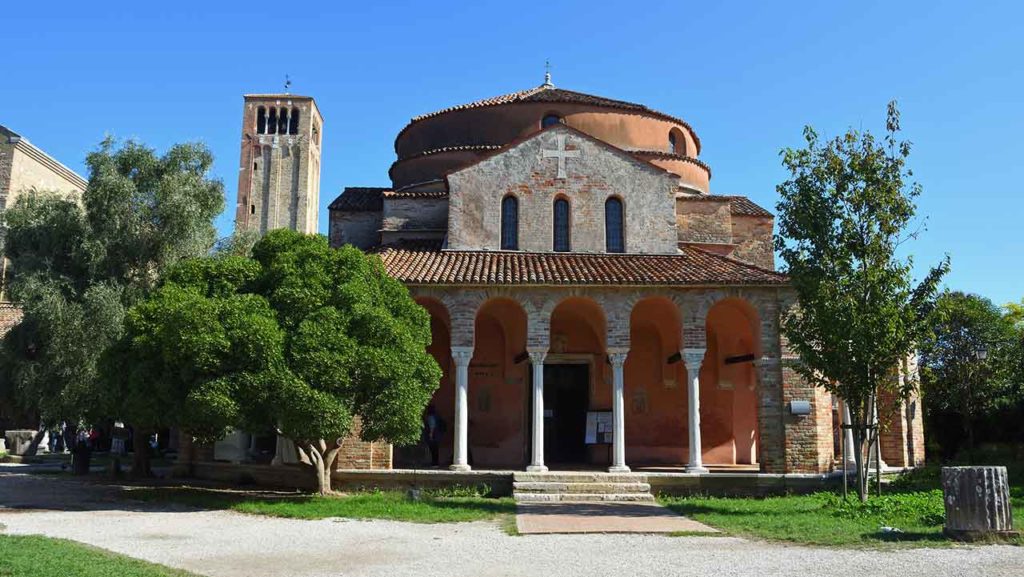 Whether the island had been inhabited in the 1st or 7th century, has been a wide-spread questioning, which seems to have been resolved by the discovery of the floor of a Roman villa which remained hidden 2 metres underneath water level: It’s the first century. The Bishop of Altinum, an ancient town in the heart of the Venetian lagoon, used to live there from 638 to 689 and successfully worked on the town’s importance as a centre of politics and trade.

During the 10th century, ten to twenty thousand inhabitants boasted with their wealth, that exceeded the wealth of the city of lagoons significantly. Ultimately, the island’s time of prosperity lasted until the 12th century. The cultivation of fruit, wine and cucumbers was the main source of income from the 4th century onwards. 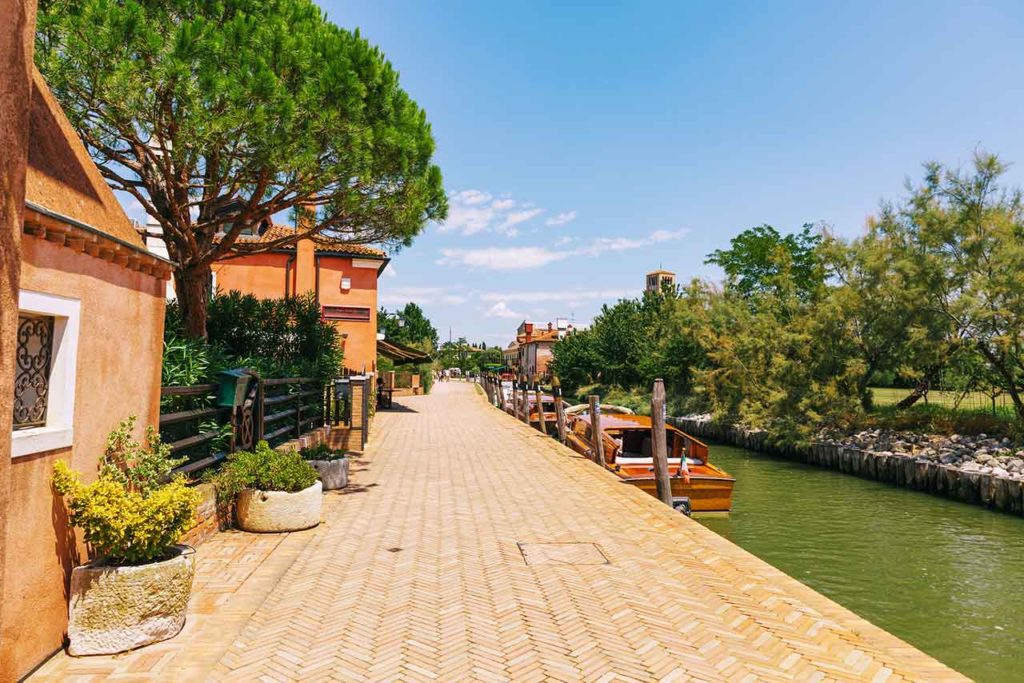 The first object of interest is dedicated to the art-historical significance: Santa Maria Assunta. The basilica was built in 1008 by the then bishop Orso Orseolo. An altar barrier was intended to separate the sanctuary from the municipal area. Its design is reminiscent of ancient Christian choir barriers, but it thrives on Greek Orthodox influences from the Middle Ages.

The development ended with a so-called Templon, a picture wall with depictions of Mary (Madonna Hodegetria) and the 12 apostles, including Brother Peter, who carries a key and points to the Book of Peter. Comparisons of the mosaics of San Marco, which are also the most valuable part of the Basilica of Santa Maria Assunta, are also worth mentioning.

Another church, Santa Fosca, is at the top of the list of visitors. It is where the relics of the eponymous martyr are buried. They were brought to the island from the Sabrata oasis in Libya before 1011. A visit to the arcade passage, built around the base of the basilica, shows stilted arches, columns and carved capitals. In the 16th century, the two above-mentioned churches were connected with each other. However, the French government’s 1811 plan to raze Santa Fosca to the ground by bombardment was never implemented.

All these sights can also be seen on the classic island tours, which include a stay in Torcello. At a cost of 20,00 € per person including stays on the three lagoon islands, one really experiences a lot in just a few hours.

The devil has also left his mark on the island of Torcello. Via the Devil’s Bridge ─ Ponte del Diavolo ─ visitors can reach the centre of the lagoon island. The picturesque building can be found halfway between the jetty and the Cathedral of Santa Maria Assunta, where it connects the two banks of the canal. The history of the bridge has a sinister background. It is said, that once the devil sat here in the night of Christmas Eve and transformed into a black cat in order to take the soul of a deceased child with him.

However, whether he succeeded is not known. Tourist guides rather recommend taking a walk along the lonely canal to let nature work its magic. However, visitors have to do without a safety railing when crossing the bridge.

Torcello – A world with a melancholic background 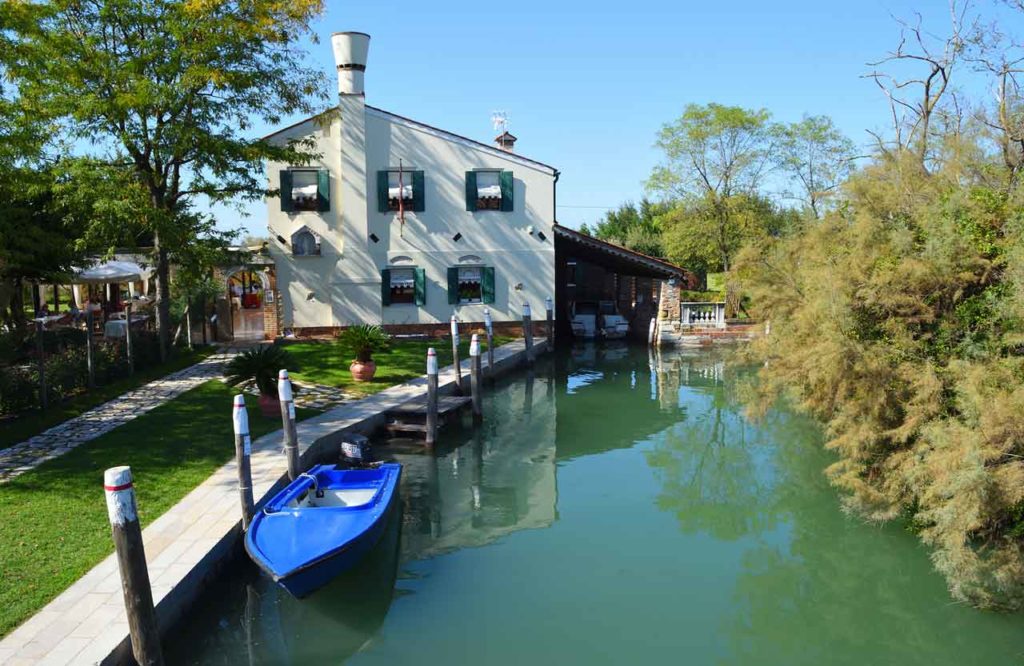 As small as the island may be, it has long been discovered by tourists. Not far from the hectic city of Venice, Torcello’s ancient and historical charm offers a great deal of relaxation and tranquillity in the midst of nature.

Nothing there reminds us of the fact that the island was once a lively centre for over 20,000 people who eventually had to turn their backs on Torcello due to malaria epidemics and the increasing silting up. Torcello is hardly known as the place of Venice’s vineyards.

✓ Even today, delicious white wines from the Dorona grape as well as well-known red wines from various other grape varieties are pressed. As luck would have it.

What counts is the overall impression 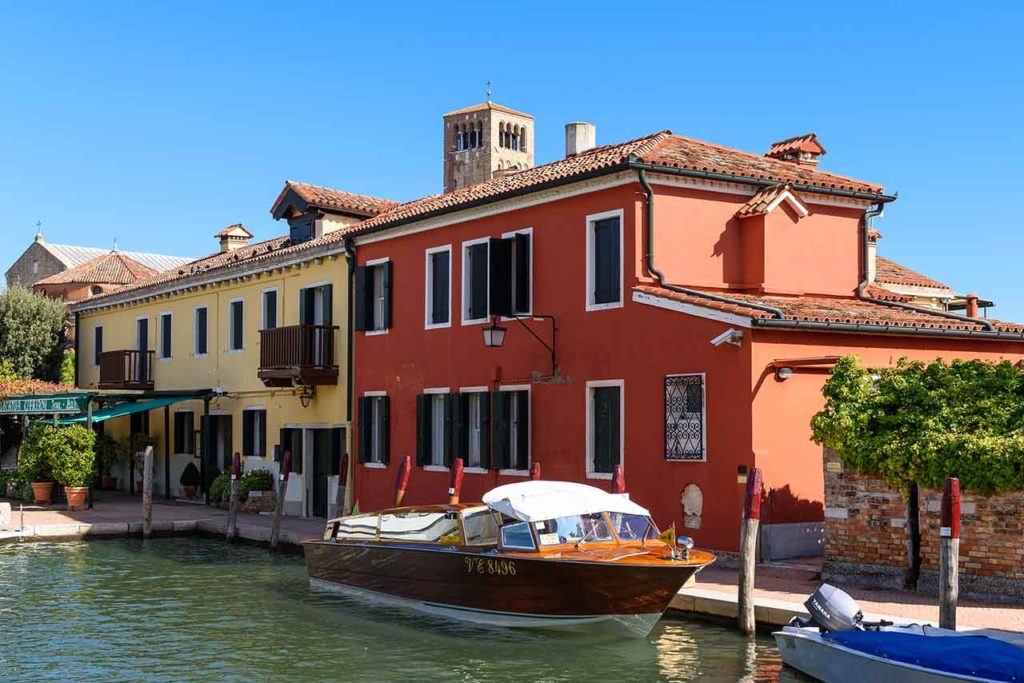 Venice has both a quiet and tranquil side. The same applies to Torcello. The island has preserved certain peculiarities and traditions and therefore follows the same line as its neighbours Burano and Mazzorbo. As a souvenir we recommend bobbin lace, finished off with filigree precision work, the colourful houses of Mazzorbo fill entire photo archives all over the world.

The approximately 40-minute trip from Venice by water bus to the island of Torcello is already a great experience in itself as it allows entry into a time long past, including some restaurants or Osterias, which even the discerning inhabitants of the lagoon city of Venice do not disdain.

✓ Hotel tip: Those who are looking for something very special usually decide to stay at the Locanda Cipriani on Torcello. This won’t be cheap, but heaven on earth can’t be found to be free anywhere. Classic, old-fashioned, authentic, 5 rooms, double rooms from 300,00€ including breakfast. Otherwise, Bed & Breakfast in the Casa Vacanze Ca’ Torcello.

“We’ll be happy to come back!”

The island may be away from the tourist streams of Venice, but especially because of its proximity to the lagoon city, a visit is certainly worthwhile. The isle is considered to be especially quiet, has a lot of natural beauty on offer and thus enough variety for visitors who are looking forward to the church buildings from the 11th century. A magnificent view over the small island awaits the guests from the Campanile, the tower of the famous cathedral.

Torcello, for example, is an attraction for people working in the film industry who like to stay on the island during the annual Venice Film Festival and indulge in the typical Italian hospitality. However, even “normal” visitors of the island can be heard saying “We’ll be happy to come back!” again and again. 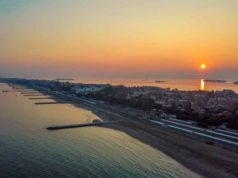 Travel Guide to the island of Lido near Venice: Tips & Infos 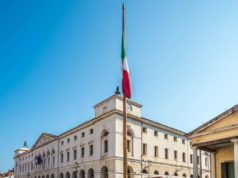 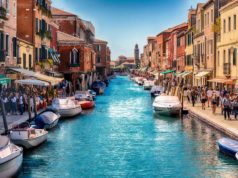 Visit the island of Murano: The glassblower of Murano – Tips & Info