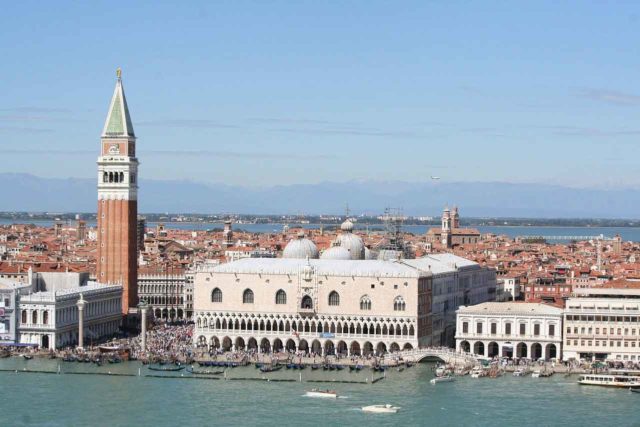 Doge’s Palace in Venice Opening Times | The impressive Doge’s Palace is already the third of its type. As in 814, a wooden building burned down completely due to a big fire in 975. Even his successor building (made also of wood) was not destined to exist long. Only under the regency of the Doge Sebastiano Ziani (1172-1178) who was the first Ducal Palace made of stone. This Byzantine representative building consisted of three wings with living areas for the Doge: the Palace of Justice and meeting rooms – Tickets with fast track –

From 1340, a complete modification was necessary since the number of council members increased to almost 900. The Doge’s Palace not only had its present size but also the Gothic gradually replaced Byzantine style. In the 15th and 16th centuries, it was destroyed by three more fires and always reconstructed according to the original construction plans.

When Venice came under French and Austrian domination alternately in 1797, the complex served as the residence of various offices and institutions. Since 1923, it is now part of Italy and opened to the public as a museum.

The admission fee – ticket – for the Doge’s Palace includes a visit to the Correr Museum, the National Museum of Archeology and the Biblioteca Nazionale Marciana. Here are some other opening hours. Further information is available in this article.

If you want to visit the cell block ´Piombi`, with Giacomo Casanova, the most famous inmate of his time, you will find the dates and times for a guided tour of the prison here.

When is the Doge’s Palace closed? 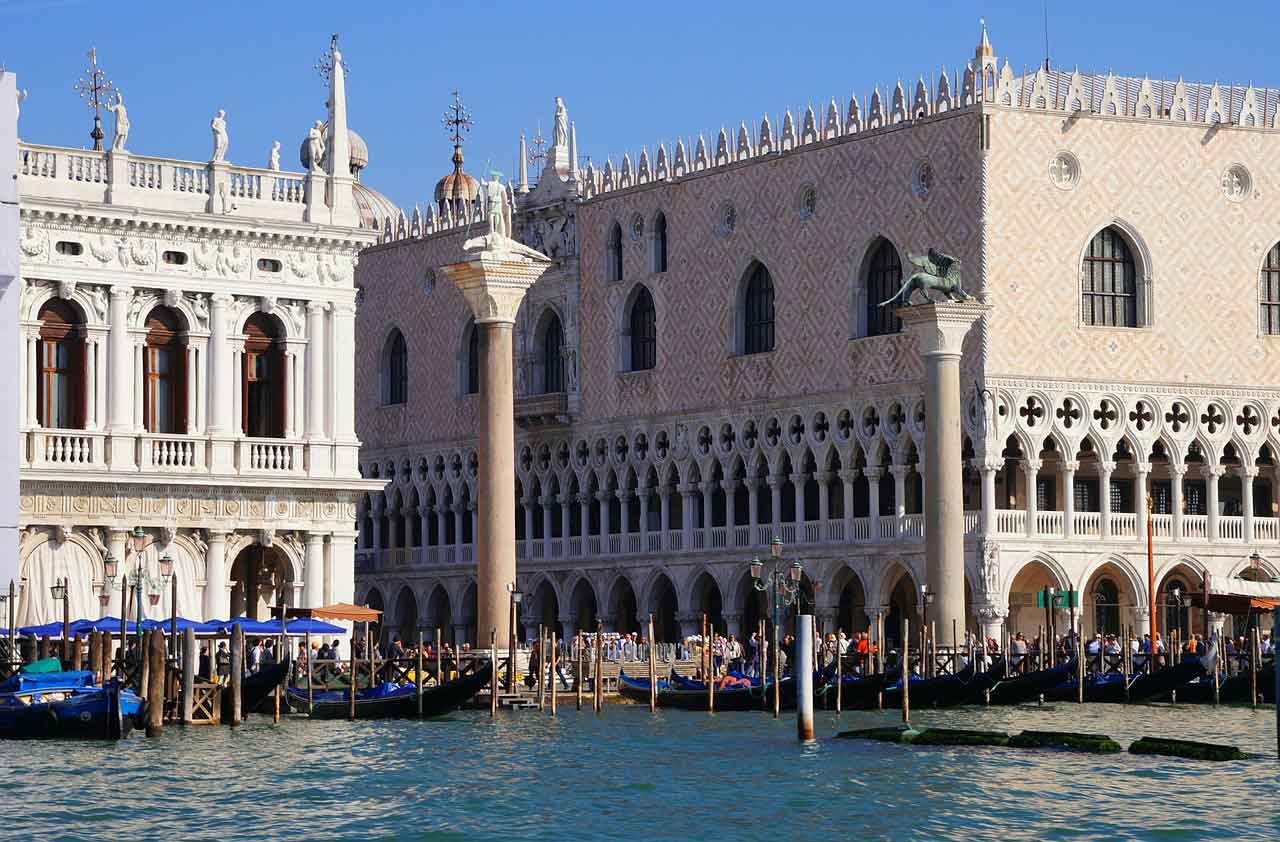 The Palazzo Ducale is open all year round. Exceptions are Christmas, 25 December, and New Year’s Day, 1 January. Only on these two days of the year are there no visits and guided tours. However, variable opening hours may be possible. Otherwise, you can visit this unique Venice sight almost every day.

When is the last admission?

From January to December, the last admission is at 5 pm. There is still time for at least one hour’s visit.

Even in these months, it can be very crowded on some days that’s why visitors without pre-booked online tickets for a proper admission without queuing, should take possible waiting times for access into account. 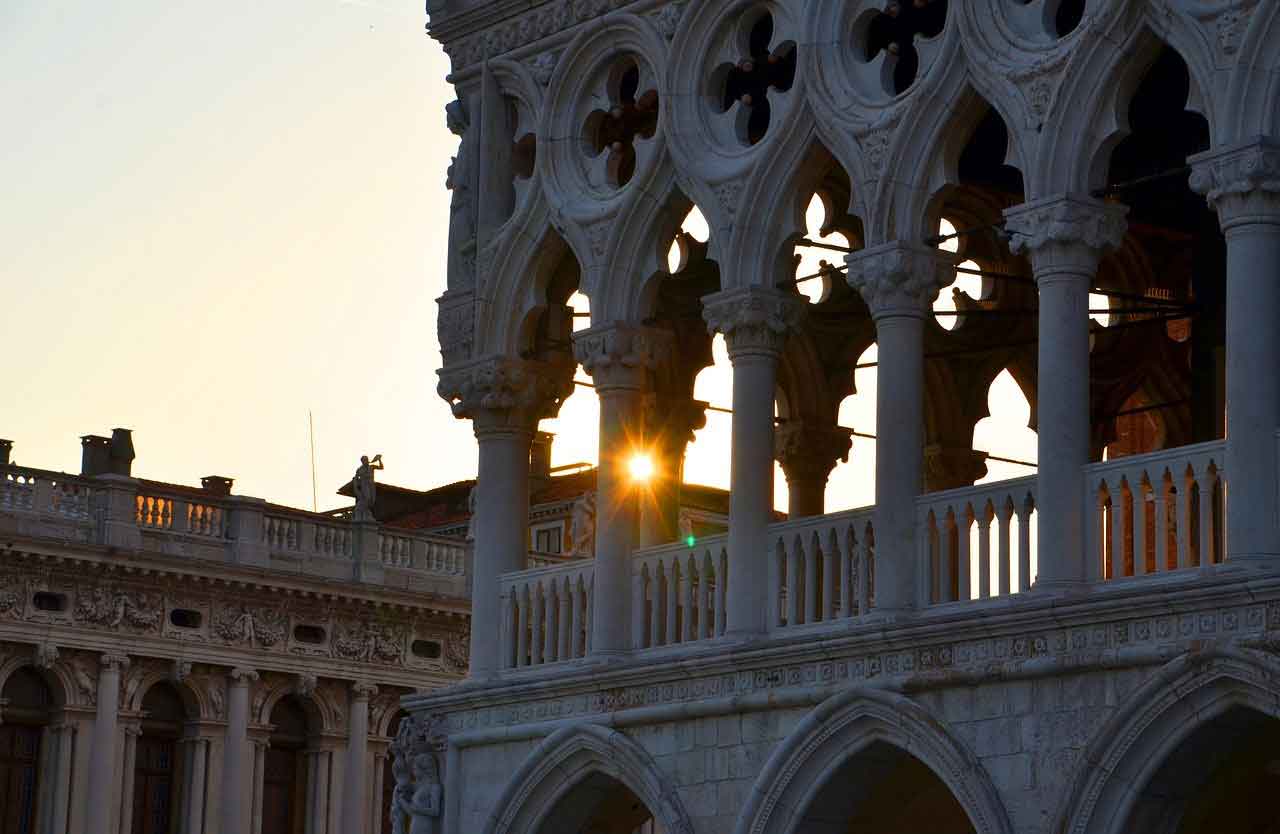 Long queues and preferential admission to the Doge’s Palace – these are the significant keywords.

Day trippers, city visitors, cruise ships, holiday season, weekend, nice weather, etc. – Every year, millions of tourists come to Venice with the goal to visit St. Mark’s Basilica, to take pictures of themselves with the pigeons at St. Mark’s Square and to visit the legendary Doge’s Palace. Waiting times of several hours in front of the two famous sights Basilica di San Marco and the Palazzo Ducale are then not uncommon.

My tip for saving time: There are also waiting times in front of the St Mark’s Tower, the famous Campanile in St Mark’s Square:

In many cities, there is limited capacity for the main attractions. This happens in Paris for the Eiffel Tower, in Barcelona for the Basilica La Sagrada Familia and also in Venice for the Doge’s Palace. The increasing urban tourism often underestimates the problem regarding long waiting times for visitors. Also, traditional travel guides rarely mention this issue.

Only holders of pre-booked online tickets are entitled to access without waiting to the Doge’s Palace. All important facts regarding tickets and other sightseeing suggestions available in Doge’s Palace admission fees.

Admission fees to the Doge’s Palace

For enthusiastic visitors, there is already the possibility to buy a normal ticket in advance online. All the standard tickets offered for visitors to the Doge’s Palace include, as mentioned above, free entrance to the Museo Correr, the National Archaeological Museum and the Biblioteca Nazionale Marciana that are also in Piazza San Marco.

Tip: If you would like additional information such as an info book or an audio guide, you will find the right tickets in Skip-the-Line Entry with info book or ticket and audio guide for Doge’s Palace.

Due to the high demand, the normal tickets can also be purchased directly through another supplier.

Magnificent interiors of the Doge’s Palace 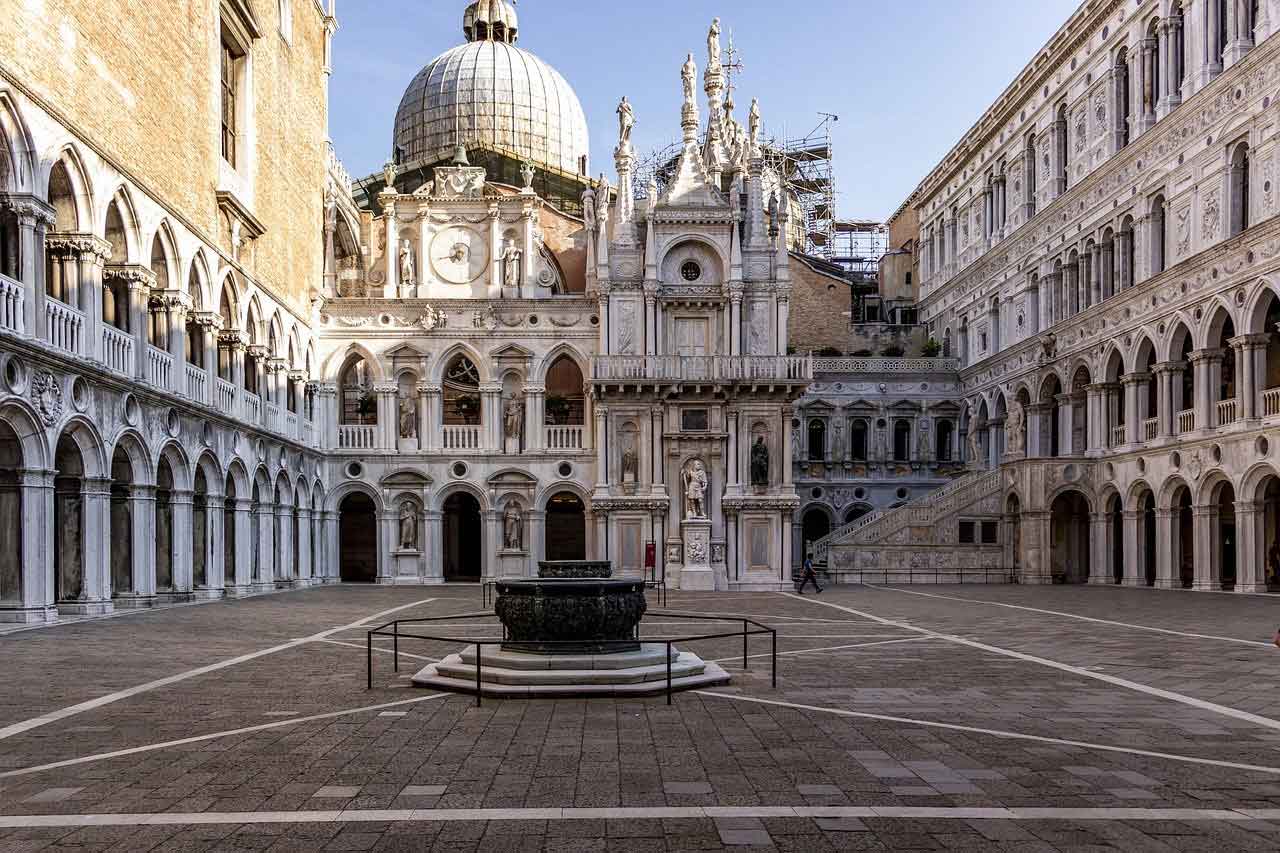 The pompous exterior of the Doge’s Palace gives an idea of ​​the splendour of its interiors. From the six-bay corridor of the Arco Foscari, you can reach the inside via the Scala dei Giganti. What immediately stands out in the interiors is that they all have a similar shape since their ceilings and walls were designed with the greatest artistic ambitions.

The list of participating painters goes like „who’s who” of the artistic elite in those times, such as Titian, Veronese, Tintoretto, and Bellini. Especially, the rooms had to convince the visitors of foreign powers about Venice’s supremacy.

From the loggia, a magnificent staircase decorated with golden Stucco (Scala d’Oro) leads you to the interiors on the upper floors. The hall of the halls is certainly the Great Council (Sala del Maggior Consiglio). With its 54 meters of length, it is the largest of the entire Doge’s Palace, where up to 1,000 nobles elected the new Doge.

Its main attraction is the mural created by Veronese and Tintoretto, Paradise, was the largest oil painting in the world, completed in 1590. Today it is considered the second largest. The living area of ​​the Doge also belongs to the interiors.

How long does the visit to the Doge’s Palace last?

After the admission, you can stay in the Palazzo Ducale as long as you like. Either with or without guidance, you should plan at least 1 to 2 hours to visit this enormous art museum.

Art and culture enthusiasts may want to stay a little longer, others just want to get a quick overview and to discover much more of Venice. The walk over the Bridge of Sighs and the visit to the prisons should not be skipped. Visiting them is definitely worthwhile! 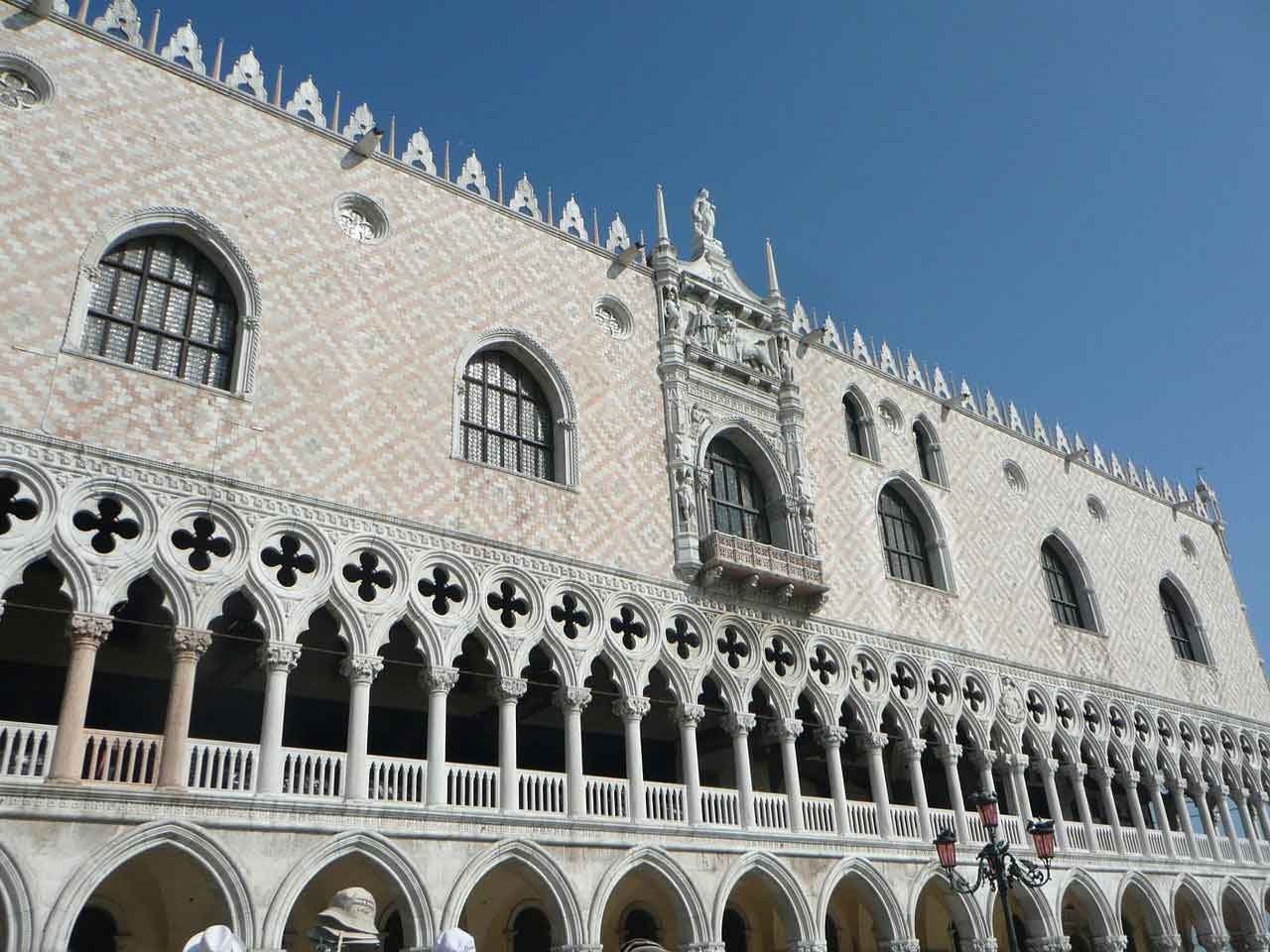 If you want a bit more peace and quiet during your visit to the Doge’s Palace, you should visit the museum right after the opening at 8:30. Day trippers arrive from 10:00 clock, cruise passengers leave their ships when the majority of the numerous tours begin. After 15:00, the flood of tourists begins to decrease.

The flow of visitors rarely goes down. On weekdays there are city travellers, cruise passengers, international participants in round trips and other types of visitors. At the weekend, besides the usual day-trippers, many Italians join in.

Venice is marketed as a year-round destination and keeps its charm in every time of the year. Of course, in the late autumn and the cold and rainy months from January to March, there is a bit less activity than usual.

Moreover, many Alps tourists also like to make a short trip to the lagoon city. Christmas and New Year is high season, as in many European top cities.

When buying an admission ticket for the Doge’s Palace, either bought online in advance or locally, a visit to the other three exhibitions is always included in the price.

A brief description of the Museo Correr, the National Museum of Archeology and the Biblioteca Nazionale Marcina can be found in the description for the Venice City Pass, which includes free access to the Doge’s Palace and the museums of St. Mark’s Square.

There are special times for visiting the Biblioteca Nazionale Marciana and borrowing books. All the details are available on the library’s website 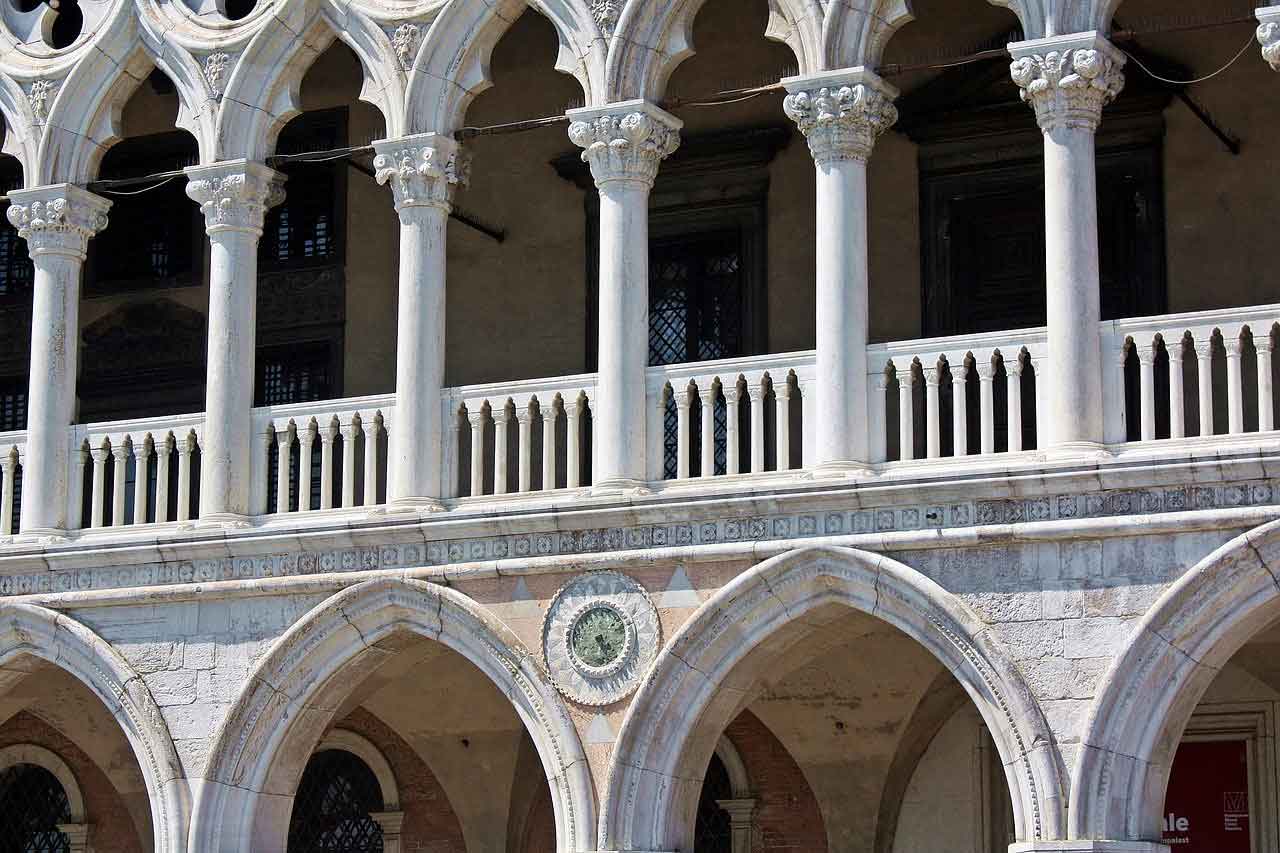 Although the Doge’s Palace is considered a masterpiece of Gothic, you can also find Byzantine and Renaissance elements. The magnificent Porta Della Carta forms the entrance to the courtyard.

It was built with rich sculptural decoration using the transitional style combining the Venetian Late Gothic and the early Renaissance. In the courtyard, the Arco Foscari is worth seeing. The richly decorated triumphal arch is Antonio Rizzio’s work, an outstanding sculptor of his time.

The palace is completely covered with marble. Especially the south (to Molo) and the west facade (to St. Mark Square) are splendidly designed. A trisection stands out. The lower third is a colonnade, followed by a loggia and finally a pink-white rhododendron upper floor sectioned by a window, which is like a merlon of oriental origin.

However, with its pointed arches, tailored windows and columns, the architecture is clearly influenced by Venetian Gothic. On the loggia of the western front, two reddish columns stand out. Death sentences were announced between them.

My general impression of the Doge’s Palace

For almost a thousand years, the Doge’s Palace, together with St. Mark’s Basilica, was the religious and political centre of the proud naval power of Venice. A total of 120 Doges determined the destiny of the city-state. Impressive as its power is its architecture. Its four-winged underground consists of tree trunks and Istrian stone.

Although the Venetian Gothic dominates, you can also find Byzantine and Renaissance style elements on its facades, staircases and gates, courtyard and in the interiors. To its splendour contributed the most famous artists of their time and created works of immense value

* All prices mentioned in this article are non-binding. It always counts the current offer of the corresponding provider. Unfortunately, many tours are not fully adequate for wheelchair users or people with reduced mobility. More information on this can be found in the respective offers. 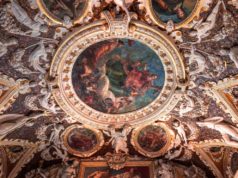 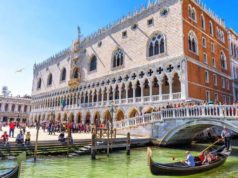