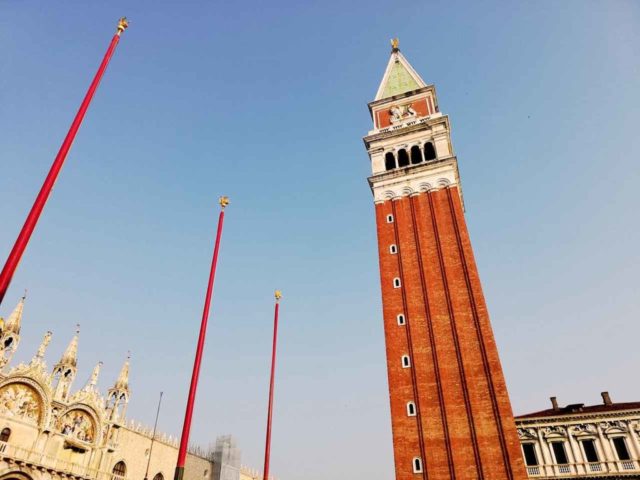 Bell Tower in St Mark’s Square | The famous Venetian Bell Tower or Campanile is 98.6 meters high and thus the highest building in Venice. Campanile is the name given to a bell tower that is located next to a church building but is not integrated into the church.

Originally the tower was a lighthouse, today it is the symbol of the city, which is often called “El paron de casa” (Lord of the house).

The history of the Bell Tower 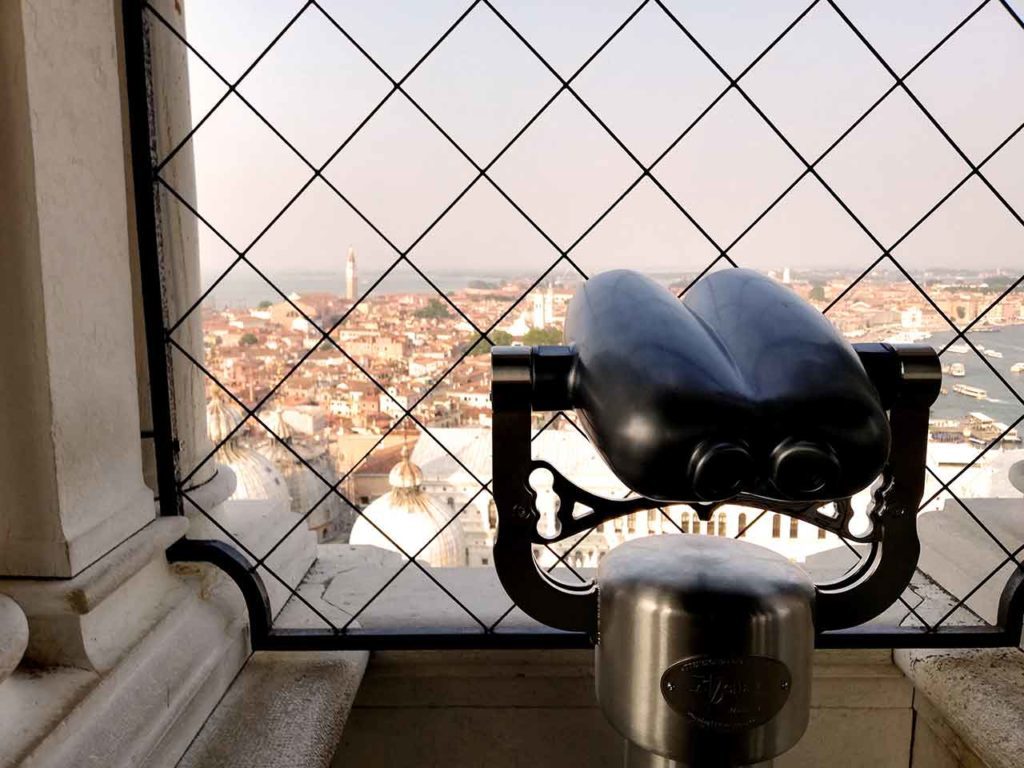 The construction of the tower began between 888 and 911, with work being interrupted several times and finally completed under Tribuno Memmo. In 1172, the so-called ‘sound arcades’ were added and redesigned in 1329. Finally, in 1510, the spire was added and seven years later a statue depicting the Archangel Gabriel was added.

Lightning strikes and earthquakes damaged the tower several times, and in 1902 the Campanile collapsed due to large cracks caused by the installation of an elevator. On the evening of the collapse, the town council decided to rebuild the tower and in 1912 it was inaugurated.

On the Thursday before Rose Monday, the so-called ‘Flight of the Angel’ takes place here, an old carnival tradition in which an angel is lowered from the Campanile. Today the sandy ground still causes problems, during the last renovation the foundation got a titanium support ring because a second time the Campanile should not collapse in any case.

You can also learn a lot about the history of the St. Mark’s Tower on an unusual tour through a hidden Venice, also possible in combination with a gondola ride.

The opening hours of St. Mark’s Cathedral and the bell tower are not necessarily identical. Especially in the long summer nights, it is worth mentioning the possibility to watch Venice from above until 21:00.

The bells of Campanile 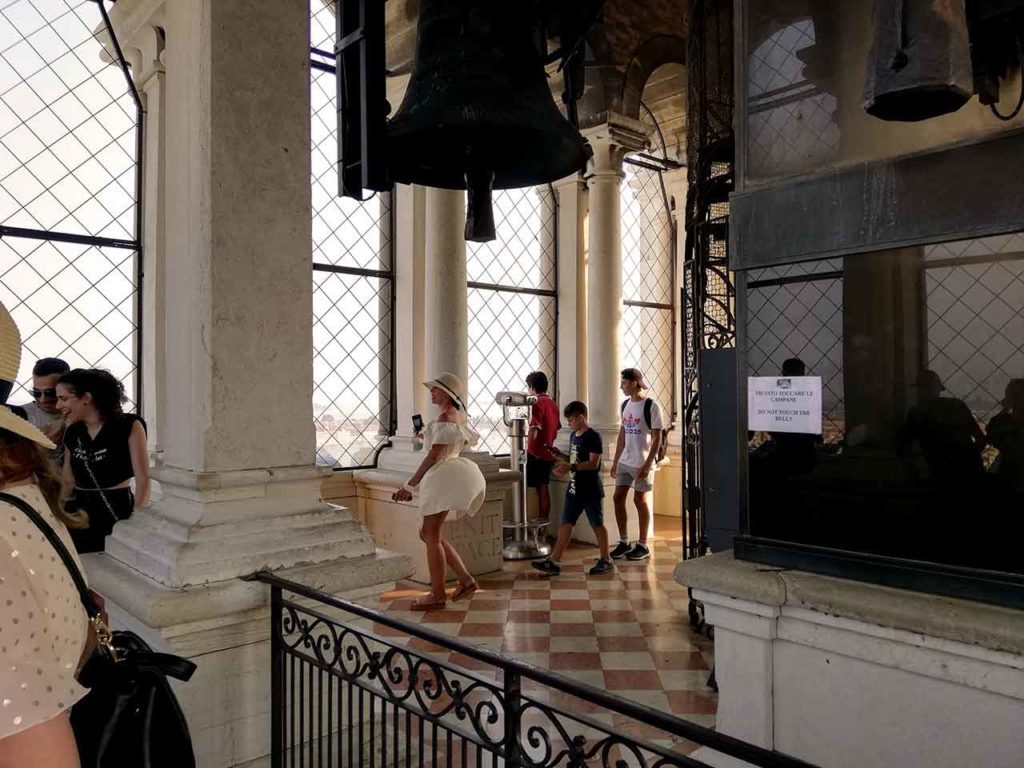 Everywhere in Venice, you can hear the five bronze bells, which had different functions at the time of the republic. The Maleficio and Renghiera bells were used to announce executions, the Nonna sounded at noon, the Senators were called by the Mezza Terza to the Doge’s Palace and the beginning of the session was announced with the help of the Trottiera.

Today the bells are rung mainly for liturgical purposes or funerals and on fixed times on weekdays, Saturdays and Sundays. On festive days and weekends, all five bells are rung together, with the smallest bell always starting and the others being added.

An allusion to city life 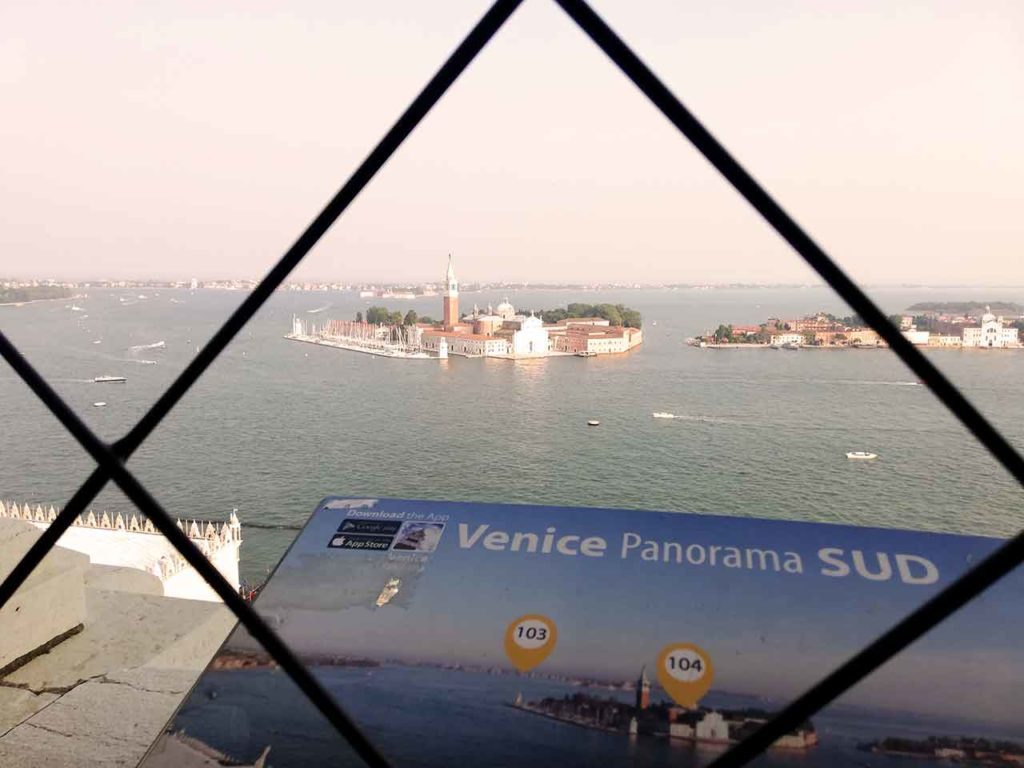 On the ground floor of the bell tower is the so-called Loggetta, built by Jacopo Sansovino. The loggetta has a total of three arches, each with a niche and marble reliefs, depicting the island of Cyprus, the island of Crete and the justice system of Venice.

The title also alludes to city life and its territories. Some also refer to the tower as a scientific landmark, as Galileo Galilei used the Bell Room as a laboratory and observed the sky from there.

Goethe is also said to have seen the sea for the first time from the Bell Tower. Also known as the Venetian expression ‘Andemo a bever un ombra‘, which means ‘let’s go and drink a glass of wine in the shade of the Campanile‘. It was founded in 1872 when many of the restaurants around the Bell Tower were closed.

Admission fees for the Bell Tower

For the ascent to the free-standing bell tower, you can join the queue in front of it to buy the appropriate tickets for the lift.

Cheap tickets can only be purchased on site. Occasionally there may be a long wait.

Waiting times can vary greatly. Depending on the time of day, day of the week, weather and season, the queue can sometimes be very long and there have been waiting times of several hours.

Especially in the warmer months, it is important to remember to wear suitable sun protection, to have enough water and, above all, to be considerate of children.

If you want to avoid all this, you can also buy tickets for reserved access online in advance.

Depending on the time of day, day of the week, weather and season, the queue can sometimes be very long and waiting times of several hours have already occurred.

A reservation in connection with the Doge’s Palace is also possible directly. Along with St Mark’s Basilica, both are among the top sights of the lagoon city. 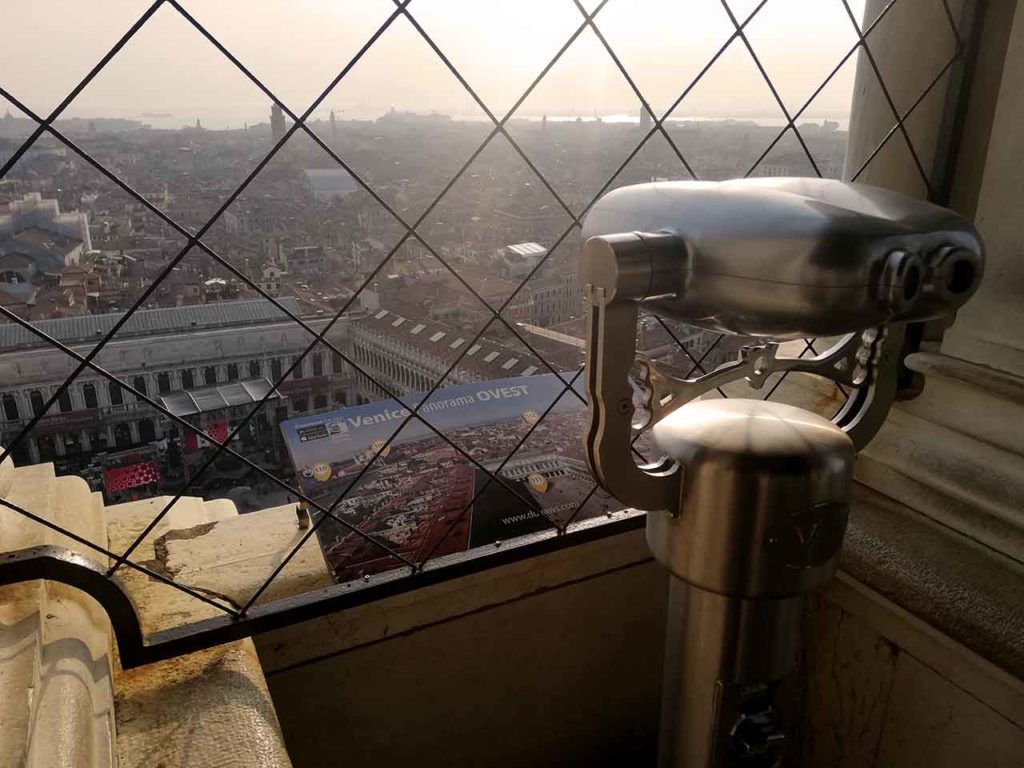 As the surroundings of Venice are extremely flat and the city does not have any higher buildings worth mentioning, the panorama from the tower is very impressive. The view of the island, especially San Giorgio Maggiore and the lagoon in front of Giudecca with its numerous ships are also highly recommended.

On particularly beautiful days, even the Dolomites are visible from the Campanile, whose snow-covered mountain peaks represent a very special motif, especially in winter and spring.

An important tower for the city of Venice

Even from the outside, the striking Bell Tower is a very special treasure and due to the magnificent view, a trip to the viewing platform, which can be reached with a lift, is also worthwhile, even if the waiting times vary greatly depending on the time of day and season.

It gets very loud when the bells start ringing, so it is advisable for children to take hearing protection with them. In general, the Campanile is one of the most photographed buildings in Venice, especially because of the two Moors that strike the hours at the top of the tower.

Tip: You can also get a lot more information on a guided tour of the city around St Mark’s Square.

Location: How to get to the bell tower?

The Bell Tower on the famous Piazza San Marco, perhaps one of the most famous squares in the world, is a landmark. Those who pass by here can be photographed with the pigeons, visit St. Mark’s Cathedral and of course the adjacent Doge’s Palace with its famous Bridge of Sighs.

All this takes time and to be prepared in the best way you can read all about the entrance to St Mark’s Basilica and Doge’s Palace here. Don’t underestimate the waiting times, because there is still much to discover in Venice.

In extreme weather conditions, it is possible that the Bell Tower will be closed. This applies, for example, to fog, strong winds or icy cold. 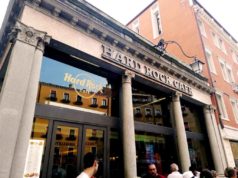 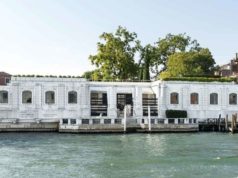 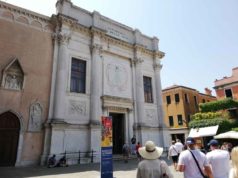