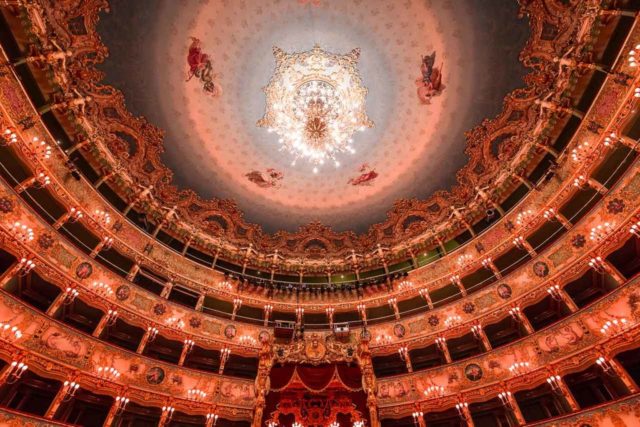 Visiting La Fenice Theatre | If the visitor decides to visit the Teatro La Fenice, they will enter the most famous and at the same time the largest opera house in Venice. Its wonderful sounding name ‘Gran Teatro La Fenice di Venezia’ could not be more appropriate. Because Fenice means ‘Phoenix’ and just like the legendary bird, the theatre has risen from its ashes several times.

Situated in the heart of the city, it is regarded as one of the most beautiful opera houses in the world. Great names and great operas are closely associated with this unique opera house. The world premieres of Verdi, Bellini, and Rossini took place here and Enrico Caruso and Maria Callas enraptured the audience with their voices.

The theatre can, of course, be visited during a performance or during the day as part of a paid tour.

*The prices mentioned above are subject to change. It always counts the current offer of the provider.

The tickets entitle you to enter the theater without queuing and also include an audio guide in different languages. In order to obtain the audio guide, an identification document must be deposited.

Visitors interested in taking part in a guided tour can also find booking options in Teatro La Fenice Admission Prices. There are many ways to purchase tickets for performances in advance. For more information, see Teatro La Fenice Tickets.

✅ Extra tip: Those interested in classical music in connection with Venice can also relax at these concerts. Although the performances have no connection to the La Fenice Theatre, they are rather commercial, but for many visitors they are part of their Venice visit:

All important information about the respective concerts and the authentic locations of the performances can be found on the provider’s page. Early bookings are recommended, as many events are often sold out in advance. Other tips for an evening out are in Venice by night.

An opera house with a touching history 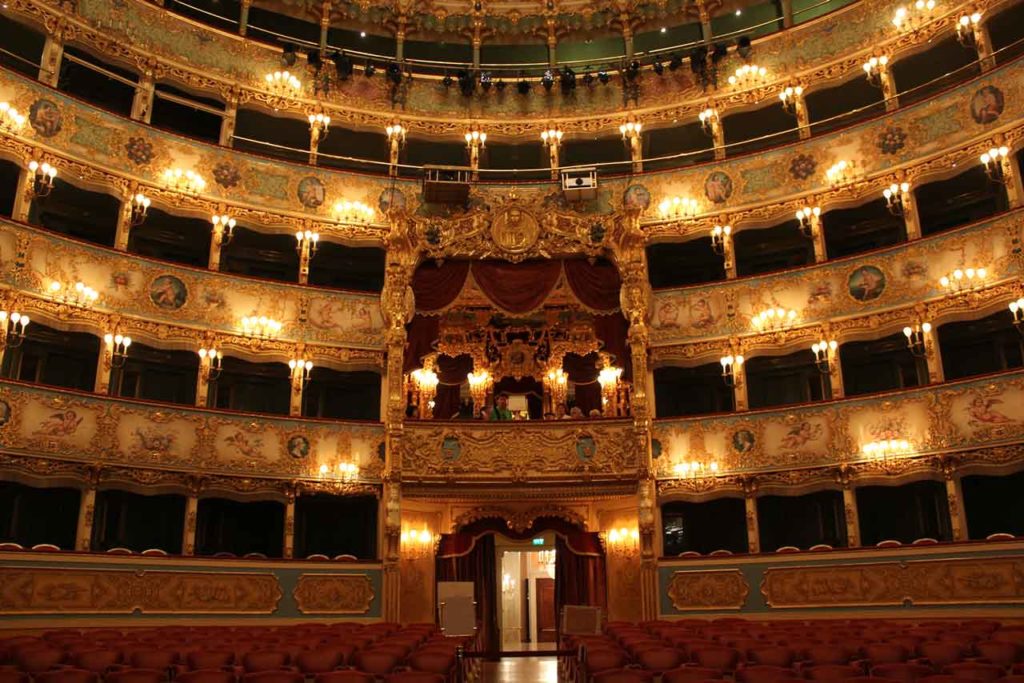 The history of the theater begins in 1743 because this year the famous opera house ‘Teatro Benedetto‘ fell victim to a fire. A new theater was built. However, it led to a lawsuit between the landowners and the theater operators. In the end, it was decided to build a new theater of their own on a new plot of land, bigger, more beautiful and more magnificent. After a two-year construction period, it was officially opened on May 16, 1792, finally, the operators decided to give the theater the name “La Fenice” since it had risen from its ashes.

The theatre quickly became successful and one of the most important theatres in Italy as well as in Europe. In 1836 a fire severely damaged the theatre, but within a year all the damage could be fixed and the theatre was reopened. Giuseppe Verdi liked to use La Fenice as the stage for the premieres of his operas, and La Traviata was first performed here in 1853. Richard Wagner’s Ring of the Nibelungs was also performed on Italian soil for the first time in 1883 on the La Fenice stage.

After the Second World War, the Biennale Music and the Festival of Contemporary Music in Venice ensured that La Fenice continued to live up to its ambitious reputation.

The success story of the theatre ended abruptly on 29 January 1996, when the electrician Enrico Carella was behind schedule during the renovation work and feared an imminent contractual penalty. Together with a relative, he planned to start a fire and hereby to achieve a delay in the construction. However, the small fire could not be extinguished in time, as at that time the surrounding canals had unfortunately been drained due to cleaning work. The theatre burned to the ground. Enrico Carella had exchanged € 7,500 for seven years in prison.

However, the theatre lived up to its name, was rebuilt and soon shone in its old glory. The architect Aldo Rossi had succeeded in achieving its original reconstruction from 1790 with technical modernization. Since its reopening on December 14, 2003, the theatre has been then inviting thousands of interested guests and music lovers from all over the world to visit it every year.

Exploring one of the most beautiful opera houses in the world 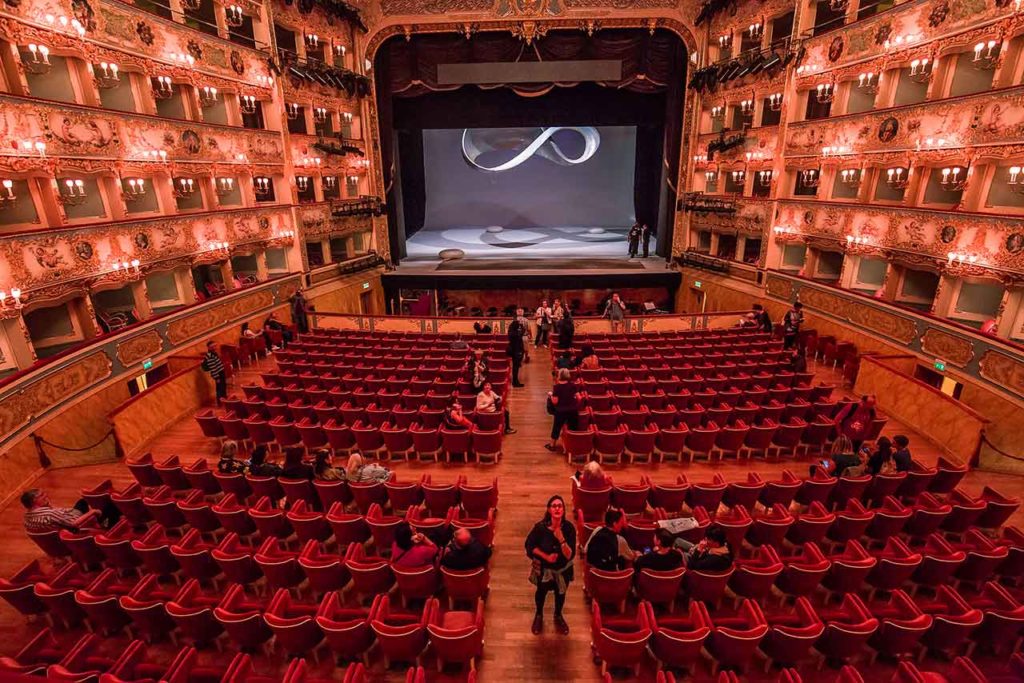 With its white marble and columns, the façade of the Opera House is initially reminiscent of typical Italian villa architecture. With its laurel, the phoenix symbolically sits enthroned over the theatre. Terpsichorean and Melpomene stand in niches on both sides, representing dance and tragedy like muses. Two masks stand for comedy and tragedy, a plaque commemorates the year of reopening.

Seven steps lead from Campo San Fantin up to the main portal and into the prestigious reception area with foyer and cloakrooms. From here the stairs lead to the auditorium and the 166 boxes. An eye-catcher is certainly the magnificently decorated emperor’s box, which was subsequently built to honor Emperor Napoleon. The boxes are arranged over five ranks, single boxes can be visited. Here you should take a seat and enjoy the beauty of this unique place for a moment. The large stage area impresses with its red and gold color. It has been restored to its original condition, together with the boxes, the opera house can accommodate about 900 spectators.

The changing rooms and actors’ lounges are also part of the tour program. Following an exceptional visit to the theatre, its own café invites you to linger. Would you like to learn more about theatre and Venice? Then you will surely find the right book at the exit.

Save for a few exemptions, the Teatro La Fenice can be visited at the following hours:

Due to afternoon performances, artistic rehearsals, or technical requirements, there are closures or changes of opening on some days. Further information about this topic in my separate article Teatro La Fenice Opening Times.

Plans from 1790 combined with state-of-the-art technology 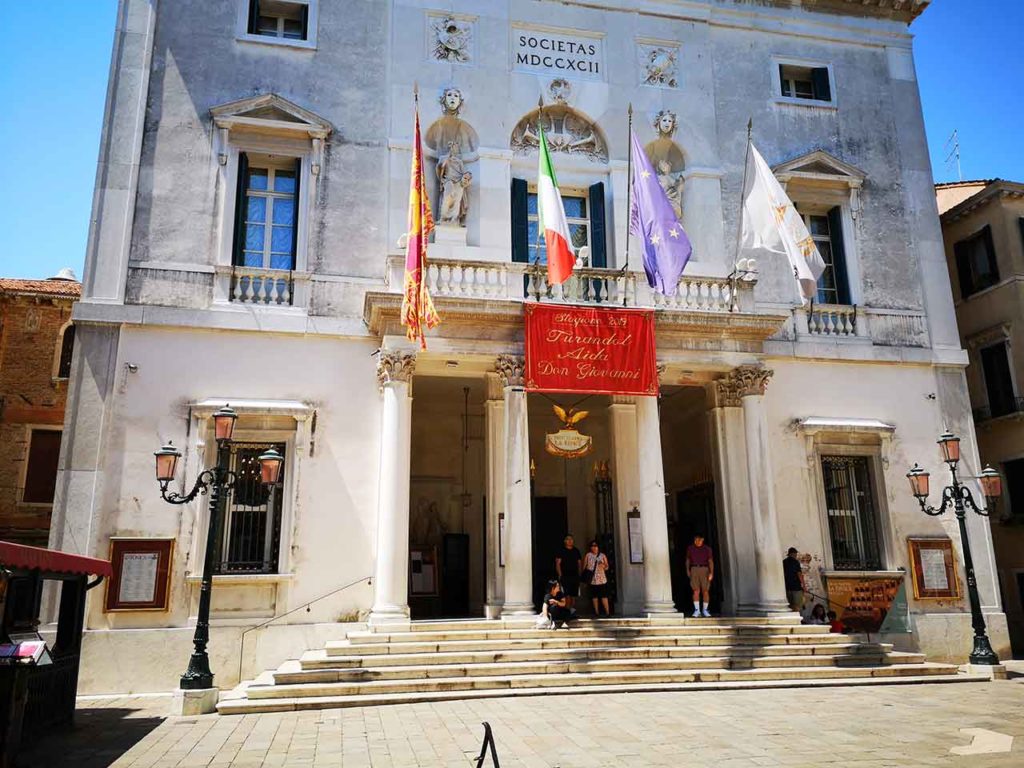 55 million euros were invested in the reconstruction of this unique theater. Today, La Fenice in Venice offers state-of-the-art technology as well as outstanding acoustics. Even the wood has undergone a special treatment to ensure a particularly long reverberation and good acoustics. Moreover, the theater was adapted to the standards of modern times.

Today, stage technology, air conditioning, and emergency power generators are no longer audible and therefore will not disturb the artists at any time. A perfect symbiosis of original optics and modern technology. Imagine the innovative lighting system being used during a performance and the entire theatre space, however still illuminated with gas lamps as in former times.

Where architecture and music meet history 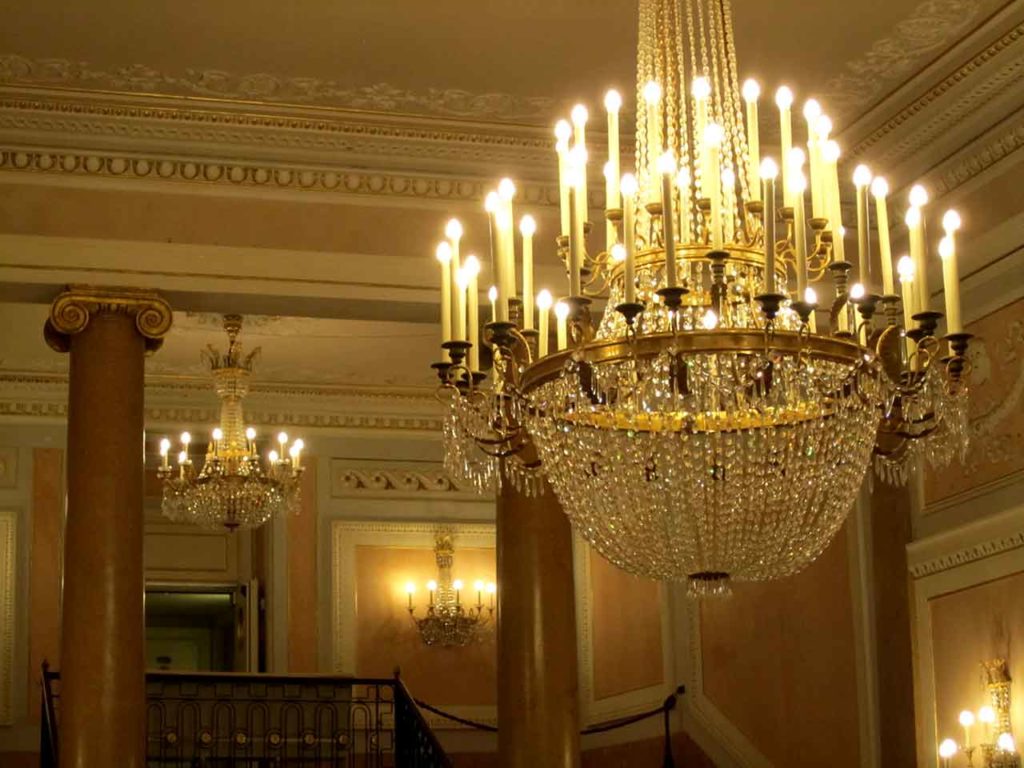 La Fenice is certainly one of the most beautiful opera houses in the world. Its architecture, special history, and famous opera performances, it has lost nothing of its fascination for visitors to this day. Opera lovers will particularly appreciate the exhibition about Maria Callas intended to commemorate the performances of the famous soprano in Venice between 1947 and 1954.

Visitors can opt for a guided tour or discover by themselves using an audio guide. And if you visit the theatre during a performance, the Orchestra del Teatro La Fenice gives symphony concerts all year round; even the opera season lasts from January to December.

Further information about it, as I said in La Fenice admission fees.

Practical information for visitors who want to visit the theater is limited to the fact that the admission is wheelchair accessible.

More practical information is rather to be provided to performance visitors and can be found at La Fenice admission fees and La Fenice Opening Times.

How to get to Teatro la Fenice – Location and directions

The walk from the stations to the theater is between 450 and 600 meters or 5 to 7 minutes.

What is near the theater?

As you have to walk a lot in Venice you should try to combine the visit of the Teatro La Fenice together with the visit to nearby attractions. The top 15 attractions of the lagoon city in my list are separated about 600 meters from each other, for instance, the Rialto Bridge with the Rialto markets, the Musica a Palazzo in the Palazzo Barbarigo Minotto and as highlights the St. Mark’s Square.

A few meters away you will have the possibility to visit the Teatro La Fenice, the St. Mark’s Basilica and the Doge’s Palace and Bridge of Sighs, three of the absolute must-see of Venice. As there are considerable waiting times at all these three attractions, I strongly recommend booking the appropriate tickets or guided tour in advance. All about this topic at St. Mark’s Cathedral admission fees and Doge’s Palace admission fees.

With the following booking, you can also directly book a guided tour of the theatre and a priority ascent of the St. Mark’s Tower in addition to the respective individual tickets. It’s worth it, because the waiting times in front of the Campanile are often long and there is still a lot to see in Venice! 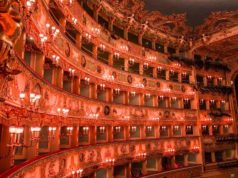 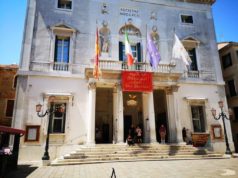